Living It @ the Caroline County Fair 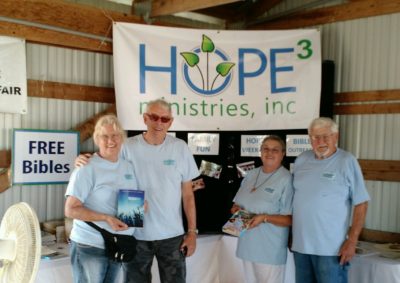 This past week, HOPE3 co-sponsored the Caroline County Fair, where we had a booth for our new Bible Ministry. We had prayed for and expected God to do great things – so we should not have been surprised that He exceeded our expectations!

We gave out two cases of children’s New Testaments (48) – we were “out” by early Saturday afternoon. We gave out 37 Larger Print Bibles. Six people took a large print New Testament and four people accepted a Spanish edition Bible. So all told we placed the food of Good the News of Jesus Christ in 95 hungry hands.

We also gave away around 40 crosses, more than 200 bottles of water, as well as 75 Family Fun cards. We also gave out 20 or so HOPE3 Weekend brochures, ten Bible Study reading plans, and ten-15 newsletters. We even got prayer concern turned in one night after hours.

In addition, we had some wonderful conversations, did a major expansion in the number of folks who have learned about HOPE3, and we passed out and received a truck load of smiles. This was such a wonderful event, and we look forward to our next community outreach event, the Bowling Green Harvest Festival on October 21.

Many thanks to all the HOPE3 volunteers who worked the County Fair. And all thanks be to Him from whom all blessings flow! 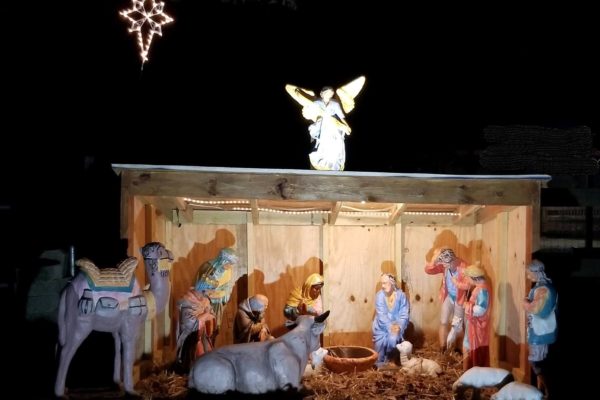 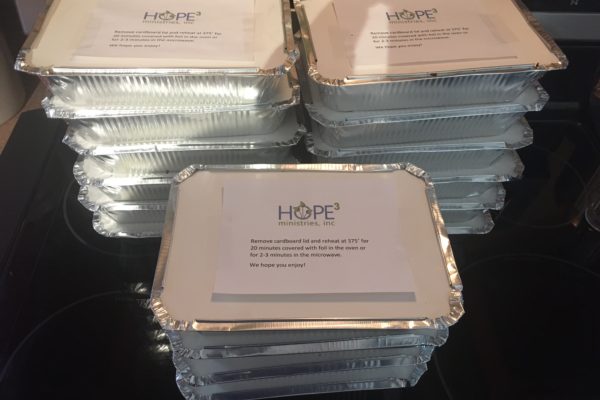 Year in Review Video (with Help from WPER) 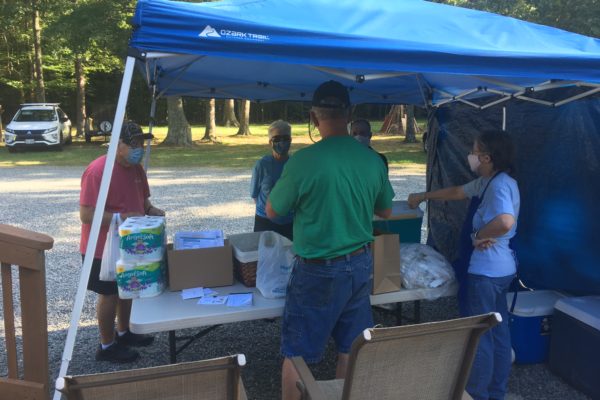